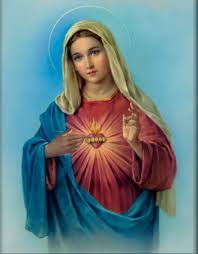 If we call you Blessed
We will be blessed
Immaculate Mary
Mother of God.
Blessed are You
You show us the way
Mary our Mother
Teach us to pray.
AMEN

God of wellbeing teach me how to flourish.

Help me to nourish the unique strengths you have woven into my character.

Show me those relationships in my life that make my spirit sing with joy.

Teach me to engage in activities that send my soul into flow.

Open my heart to the signs of true beauty and goodness all around me.

Encourage to practice positive emotions of gratitude, generosity and love.

Draw me to seek new meaning in the daily choices I make with my time and energy.

Move me to experience a sense of accomplishment when each task is completed.

hurt or offended me in the past, or might do so in the future.

Prayers for parishioners who are sick at home or in hospital :

is a Roman Catholic and would like to receive Holy Communion and/or see a priest.

Friends and relatives who are recently deceased or whose anniversary occurs.